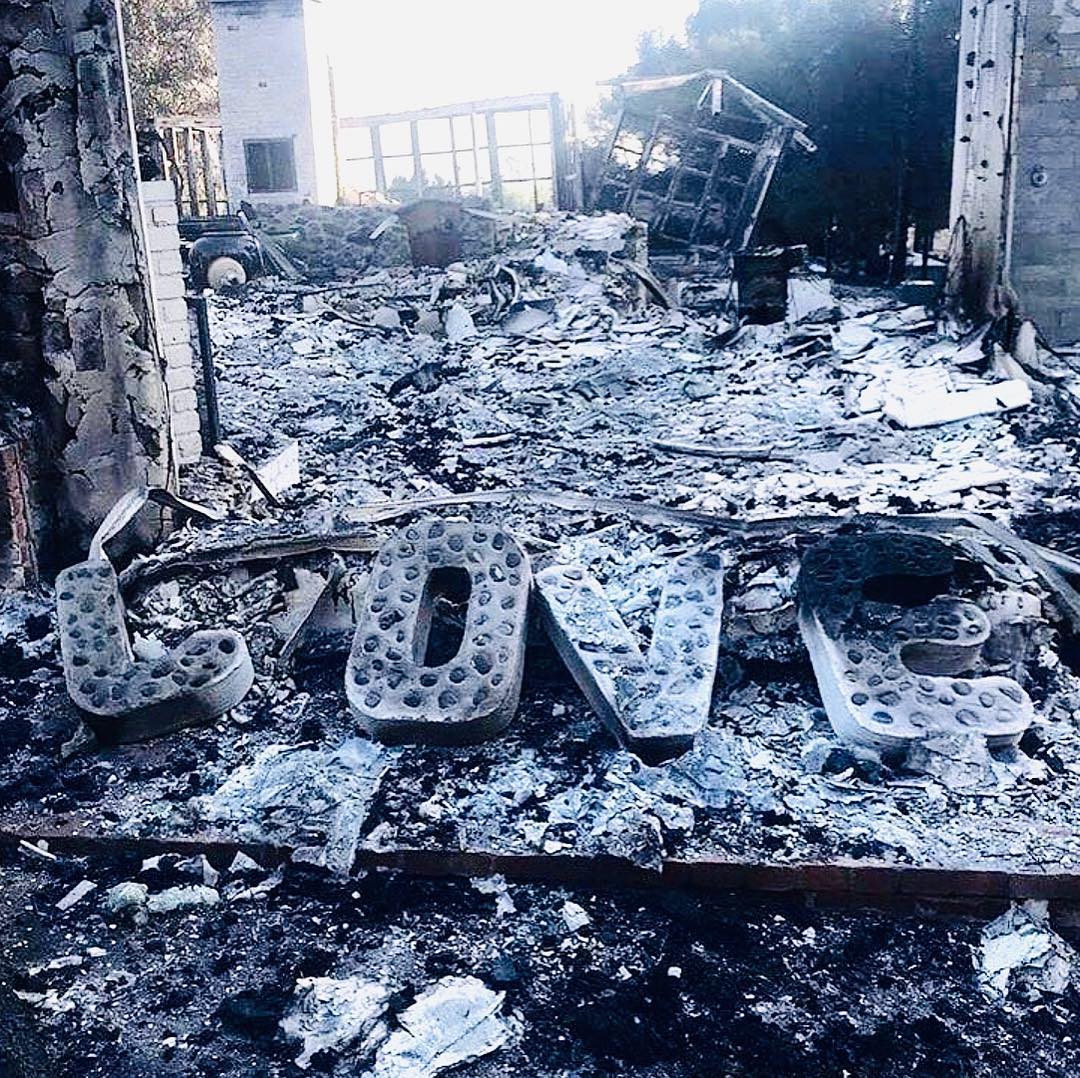 Taking to social media, the actor appealed to his fans to help those affected in the calamity and gave an insight into the current situation in Malibu.

“It’s been a heartbreaking few days. This is what’s left of my house. Love. Many people in Malibu and surrounding areas in California have lost their homes also and my heart goes out to everyone who was affected by these fires,” read a post penned by Hemsworth. ” I spent the day in Malibu yesterday and it was amazing to see the community pulling together to help each other out in any way they can. Malibu is a strong community and this event is only going to make it stronger.”

He also thanked all the “hero firefighters” around California.

“Thankful for the all the great local guys that helped keep smaller fires out around my property. I love u guys. I love you Malibu. Thank you to all the hero firefighters around California. It’s going to be a journey to rebuild. Stay strong all,” read the post.

Over the weekend, Hemsworth’s fiancee Miley Cyrus had also shared her thoughts on the “devastating” wildfire and appealed to her fans to contribute in rebuilding Malibu.

Apart from Cyrus and Hemsworth’s USD 2.5 million four-bedroom pad, residences of a number of Hollywood and television stars have been destroyed in the wildfire which is wrecking havoc in California.


Earlier in the week, actor Actor Gerard Butler had shared some upsetting images of his Malibu home which was destroyed in the Woolsey Fire.

As many as 23 people have died so far in the catastrophic fires which have burned over 1, 70,000 acres of land. Nearly 300,000 people have been displaced, including celebrities like Kim Kardashian West and Lady Gaga.

The blaze had started on Thursday night (local time), and moved towards Malibu and the Pacific Ocean, prompting evacuations in Malibu, Calabasas, Agoura Hills, and other neighbouring regions. (ANI)